Get fresh music recommendations delivered to your inbox every Friday.

by MARK CROZER AND THE RELS 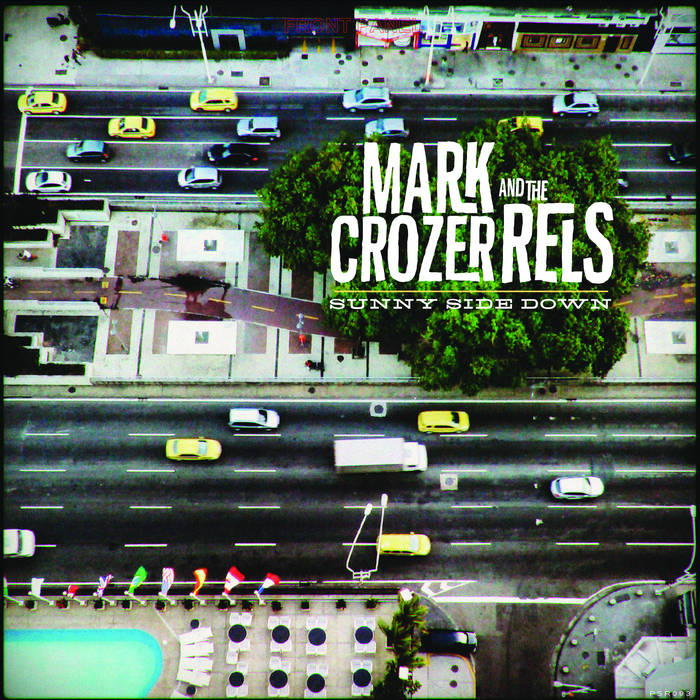 No doubt it's been a busy four years - but MARK CROZER AND THE RELS are back with 10 fresh new hyper-melodic soon-to-be-classics ready for your listening pleasure. Between his big hit song "Living In Fear (Broken Out in Love)" via WWE star Bray Wyatt and spending 2014-2016 touring as a member of THE JESUS AND MARY CHAIN which included recording their "Psychocandy Live At Barrowlands" album" - NYC by way of Oxford, UK singer/songwriter Mark Crozer has collected another string of timeless tracks that make up his band's latest album, "Sunny Side Down" (PSR093). The album was recently released digitally worldwide and is set for an ultra exclusive limited edition vinyl version on January 20, 2017*. UK based magazine, SHINDIG! best described the band's sound as "the best bits of powerpop and The Paisley Underground, mixed that with early Primal Scream, Lightning Seeds and the Pale Saints, added some jangly indie-pop guitars and made a delicious confection that gets better with every listen."_ The LP was co-produced by the band and indie legend MITCH EASTER (R.E.M., PAVEMENT, VELVET CRUSH) and mastered by TIM TURAN (SWERVEDRIVER, THE RAMONES, RIDE).

"Sunny Side Down" is packed side to side with catchy, melodic, sugary coated pop perfection. The LP leads off with the riff ready "All You Gotta Do"; the 60's pop groove of "Corners of Your Mind" and the album's fantastic lead single - "Lukewarm Love". Along the way you're treated to the pure jangle pop joy of "Toxic Town" and "Here Comes The Storm"; The hipnotizing and atmospheric tones of "Haunted Head" and the record's closing track "Say Hello". In the mix is the offbeat-fun of "Plasma' + "Loathsome Freddie". All in all, the 10 tracks contained within Mark Crozer And The Rels' "Sunny Side Down" will no doubt have your vote for best indiepop record of 2017.

MARK CROZER AND THE RELS recently completed a mini tour of the U.S. SOUTHEAST in support of THE JESUS AND MARY CHAIN. More live dates are in the works. Please stay tuned!

Kari Faux drops off her deluxe album 'Lowkey Superstar' plus tunes by Shunaji and Samplelov.